hey all. so we purchased a 2015 fiesta ST about 3 weeks ago. we chose this platform for many reasons. its light, has a great power plant, and is relatively in expensive as far as purchase and mods. so we will be building it for a semi-streetable, race prepped time attack/auto-x car.
enjoy!! 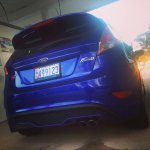 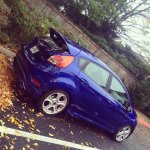 Welcome to the club

thanks man. cant wait to get it out on the track and get some times recorded while in stock trim before the mods begin. have a few parts on the way currently

I did the Octane Academy the 2nd of Oct to help get the cobwebs out after a 6 year break from the track and the last run was all out on the East Course at MMP and the car was very quick, easy to drive, much fun totally stock but with some BFG summer only tires

What is the ultimate class you intend to build the car to?

This is the best small car I can imagine to make into a street track car in FWD, lots of utility, lots of fun

RAAMaudio said:
I did the Octane Academy the 2nd of Oct to help get the cobwebs out after a 6 year break from the track and the last run was all out on the East Course at MMP and the car was very quick, easy to drive, much fun totally stock but with some BFG summer only tires

What is the ultimate class you intend to build the car to?

This is the best small car I can imagine to make into a street track car in FWD, lots of utility, lots of fun

Click to expand...
yea I completely agree on a great platform. I had a time attack evo9 and have been building and competing drift cars for about 8 years now. and I was blown away at how awesome the fist is. even compared to my k-swapped 92 eg hatch, the fiesta st still has a comparable raw feel to it even in stock trim. but Im planning on having it relatively track ready as far as suspension, brakes, and chassis before it hits the track. I will have a catless DP and fswerks exh, cobb intake and cobb access port with custom freektune. so not sure on the class just yet

Very cool you like it so much with your background

Most if not all the instructors, NASA guys, Ford Race Shop Manager(who got to drive mine around a bit) loved my car and they love the stock ones as well. I think they all liked it better than the FoST, I sure did.

will do RAAM. yea ive had a few track prepped fwd cars and i love how raw and responsive my hondas were. this lil fiesta is amazing in stock trim. im getting busy with beginning prep this weekend so let the games begin!!

For the weight all the modern safety and other things add this car it is pretty amazing, even the electric power steering is something I can live with.

We get the fun of some of the best older school hatches made yet all the cool stuff those earlier cars never had, lots of it!

I will be watching this thread, we might have the two most modded street/track car builds, at least in NA, some friendly rivalry may ensue

All goes as planned we will be in the NE for a few months in the spring, if things take a bit longer then we will be there in the fall and hitting all the tracks we can get on

added a k&n drop in filter for now. until parts arrive.

I have a batch of colder plugs due in today, I just bought four earlier and 3 indexed really well, one not so great, 8 more coming in to test then sell the rest once I find the right one, going to sell at a discount, 7 new plugs, some installed to check index, some probably not, one used around 1k miles. In case you are interested

If you pull the battery and tehn the top of the trans mount under it you will find there is room for a lot of movement for and aft as well as up and down. A 1/8" spacer in front and rear and 1/4" on top will limit the movement a great deal. I have given the info and some materials to one of our vendors so he can make some for others if he wishes but has not responded about it yet so no idea when available but some simple sheet metal will do.

Since I moved the battery to the back of the car I did not need such a sturdy top mount as it was also the battery mounts so I made a custom one from lighter material.

You can raise and stiffen up the shifter mounts in the console quite a bit using coupling nuts, bolts and fender washers. I did the first step the hard way and separated the mount and made parts to raise it approx 1.25". It took quite a few hours but came out great but was not tall enough so I did the coupling nuts below, it was pretty easy and very cheap to do. Now my shifter is very firm and around 2.75" taller and a much better reach when going all out on the track. Out of hundreds of shifts I missed one when three wide coming into a turn and distracted by a monster R8 race car right by my door but I did not let out the clutch as could feel I missed it.

Short shifter is a must, the Mountune is great but $$$$$, I made my own, welded to the lever on the trans, made it a bit shorter than the kits available as planned on a longer shift knob but have not bought one yet as might not really need it now. The Boomba one is much less money, I have not feedback on it though and they make bushings for the cables though I just welded washers there that did the job just fine. I also changed the angles of the cable mounts to line up better so no strain on the cable but I did not change it quite as far as I should have with my more extreme short shifter so I will do it over again soon.

There are lots of little tricks I figured out on this car to make it better for me and my driving style. One thing I do not do is heel and toe, just never worked for me but could be due to the right side of my body being electrocuted and being thrown out of a building out cold when hit with a 220 50 amp charge.....when I was in my early 20's, just a couple of years after being hit by a crane working on the railroad where they wanted to put me on permanent disability. All that said, the gas pedal is perfectly placed for my driving style as is the brake pedal but for some a relocation kit would be the way to go. Note: not all championship caliber racers heel and toe, some very famous ones never did, just not talked about much as the heel and toe fans seem to think it is the only thing that works. I have tried, been to school on it, just went back to my normal routine and have been complemented by many instructors, etc....on being very good into and out of corners.

Looking forward to meeting up on track someday

as it sits today. about to go under the knife!!

Woo Hoo, my favorite part, tearing into new or new to me cars and making them into what I want them to be 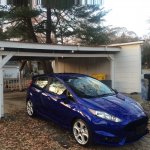 I'm excited to see what this car becomes

ok, so ive been offline for awhile. just waiting for weather to pass. car currently has had the BC cloilovers installed, rear motor mount and just finished fabbing up the 3'' mandrel bent exhaust. 16" track wheels and lots of parts are in but not installing until weather breaks alittle more here in Maryland. 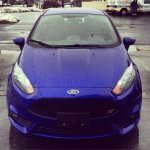