Need a little help here. This is the series of events and the puzzling issue. I had just filled up with 10.5 gallons of 93 (was on 87 for 3 tanks), drove home about 1.5 miles. Parked in the garage and was checking the temps on my AccessPort and decided to reset my ECU and KAM. Started it up and let it idle for 5 minutes then drove again for another 5 miles, came back home. Noticed the idle dipping and getting rough, figured it wasn't enough time for the ECU to learn the idle after reset. I rev it a few times and notice an odd sound coming from the engine, almost like it was under load - then out of nowhere, it sounded like an air compressor suddenly let out all its air. For a split second, I thought my compressor in the garage had sprung a leak until I realized it was coming from my car! The garage quickly filled with a smoke/vapor that had a chemical smell that was very hard to place. Wasn't gas or coolant or oil, that I could tell. Everything on the engine appeared to be fine. I shut it off for about 20 minutes, started it back up and took it for a test drive. Seemed fine and no codes. I was able to replicate it again with the hood up and it appears to be coming from under the car or in the back of the engine when it happens.

Sounds like your AC system. Based on the sound and smell.

Sent from my LG-LS997 using Tapatalk

Went to inspect a bit closer and found the backside of the fan shroud had a small amount of moisture. Backed the car up and noticed this: 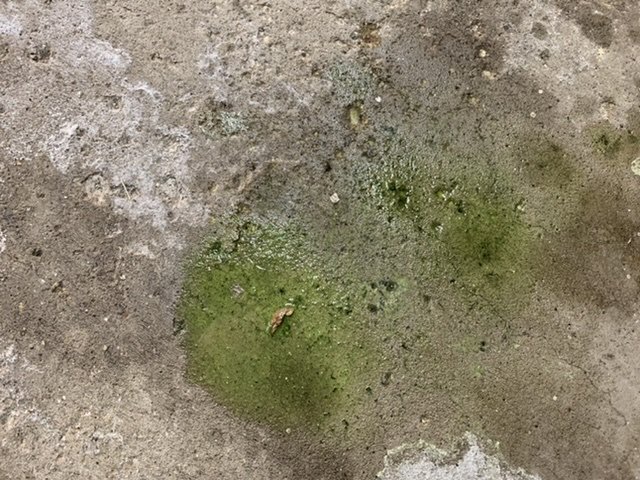 Only green liquid I’m aware of is refrigerant? This leads me to believe it might just be AC related?

Looks like a Pag oil/ compressor oil to me. I'd be making an Appt. If it's still under warranty. Look at the compressor hoses. I remember some of them being to close to other parts and rubbing through due to vibration.

Sent from my SM-N950U1 using Tapatalk

Yup that's refrigerant. Happened to me when messing with the coolant tank. Haven't actually fixed it yet...

Took the car to a dealership near me. The tech, who I've worked with a few times before, took me into the garage to explain to him what happened and where the issue was. Fortunate because I got to see all the work performed and the readings off the Ford Diagnostic Tools. He inspected the entire engine area and system. Ran full diagnostics on the compressor and the fan. Everything appeared fine and we could not reproduce the system discharge. He did explain to me that the compressor does have a pressure valve that can activate if the PSI gets too high on the system. The system was pretty close to empty, so he refilled the AC system and rechecked the entire system. No leaks, no issues and the AC ran like a champ. His theory either:
The plan is to leave it be and target the compressor for replacement if it reoccurs.

It's news to me that pressures in automobile A/C systems are directly controlled by computer now. In the past its all been mechanical. At most the ECU would be able to turn the compressor on/off based upon high/low side pressure switches or/and engine load; such as WOT.

It's possible that the only defective component is a refill/safety valve; releasing pressure when it shouldn't. Possible that the compressor wasn't shutoff and/or internal pressure, probably the high-side, got too high. A mechanically operated safety valve vented the system to prevent a literal explosion. As far as what might cause excessive pressure, could be a pressure switch, its wiring, compressor clutch or system blockage/restriction. Its coincidence with resetting the ECU and KAM I'd think were unrelated an pure coincidence. After changing my oil, started it up and my blower motor would not work for example. (just had to re-seat a relay)

I was curious...
https://itstillruns.com/dangers-r134-7380383.html
(nutshell: you have nothing to worry about re inhalation)