Wow where to even begin! You guys are entering into the project a little late, but right in the heart of the action! Let’s go back to the beginning I guess, I purchased the ST new as a DD back in 2017 and from that point I knew this would become more. It lived as my commuter car for the next year untill summer of last year where the hpde, future time attack build began and the car made the switch from DD to only a track car.
The car started its life as a dedicated track car with just eibach pro kit springs, 15x8 team dynamics and Yokohama S drives. I wanted a good base line to see where everything stood pretty much stock. As my hunch turned out to be right the stock brakes cooked and tires where a huge limiting factor. Quick tangent on myself as a driver and my personal progression.. I have always been in a form of Motorsport, from a young age i was racing quads and progressed to cars. From age 16 I’ve had much more capable cars then I was as a driver but my progressio started there, after beginning autoX at 19 I learned many valuable skills adding to the things I’ve always watched as a Motorsports enthusiast. Eyes up, apexes, pedal modulation ect. Since age 20 I’ve been lucky enough to have a HUGE chunk of seat time and work in my early phases with some very talented instructors to progress. Over the next handful of years I have progressed to advanced to Solo run groups and have a ton of seat time. Ive filled seats in WRL races and am working on getting my full Competition license with the scca to run Bspec next season. Where there is always more to learn, I have Been able to to extract all the Fiesta has had to offer to this point on track. Is driven 10/10ths on track as it’s expendable at this point and is now used as a product development and lap time setter.
the next initial upgrades where cooling (rad and intercooler as well as ac delete) and the vmaxx bbk with high temp fluid. There’s a more in depth mod list in my bio for all upgrades done to the car. The next issues came with how this bbk effectively changed the brake bias and made the car very squirrelly under hard braking. We addressed this issue by doing the SVT focus rear brake upgrade which the added leverage from the larger rotor eliminated the nose dive and really made the car settle down in the brake zones.
after a hand full more track days I would get extremely bad pulseing In the peddle like a warped rotor that would get progressively worse untill a couple very hard 120+ brake zones. Finding out later the compound pad I was using actually was overheating and chunks were heading into the rotor, a change to hawk dtc-60 pads eliminated this problem. that leads us up to today effectively. The off-season has been filled with many crucia updates to the car for my progression with it personally and also fulfilling contract negotiations with sponsors on the build. Below are some photos of the cars progression from street car, to the Past couple seasons on track, to this off-season still a work in progres!
As I’ve seen on a couple posts in here the word has finally leaked that Fortune Auto will be dropping the 510 series for the first time on the fiesta platform. We are working together on the project as I’m dialing in a lot of the fine tune work on the project including dampening, spring rates, and collecting data from my racepak and working close with there engineers and head of motorsports to provide the best product possible for a hardcore track car. I can’t go into all of the details quite yet, but will release more in future posts of our goals with the kit, what to expect from the 510s features wise that are market exclusiv, and how customizable they are including some awsome upgrades as well. I’m also proud to be working with MeLe design firm with there light weight battery boxes and batterys they offer that took 27lbs off the nose of the car and will make counter balancing much easier. One of the most under rated products on the market imo. A few other collaborations are in the works currently including more track testing and development projects to keep bringing new products that work and are functional to the market for all of us Fiesta enthusiasts! Enjoy and stay tuned! 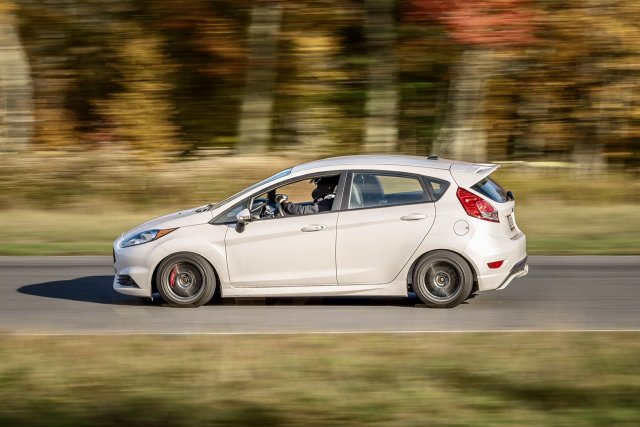 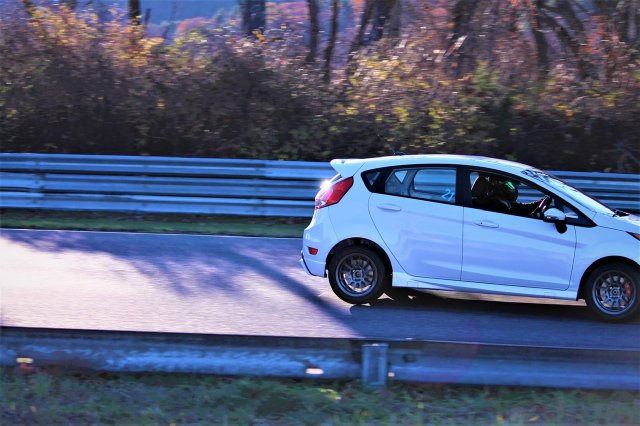 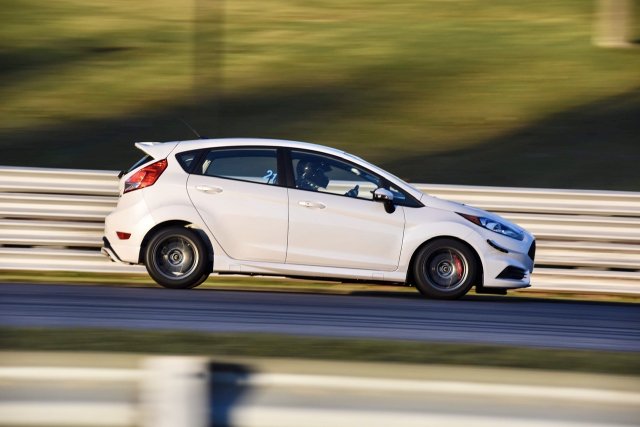 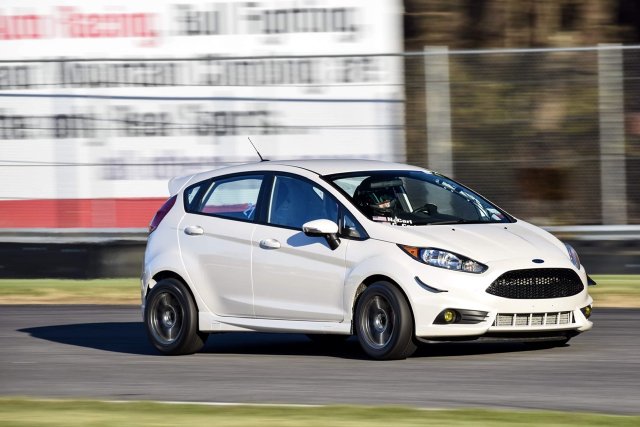 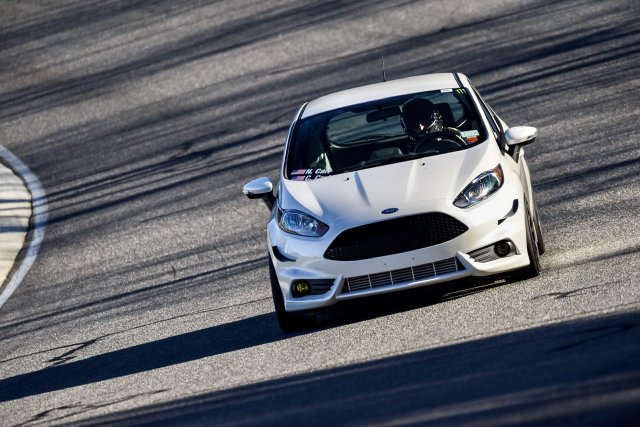 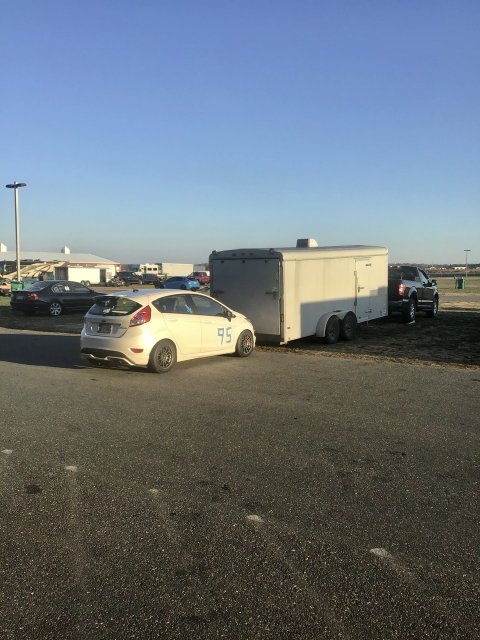 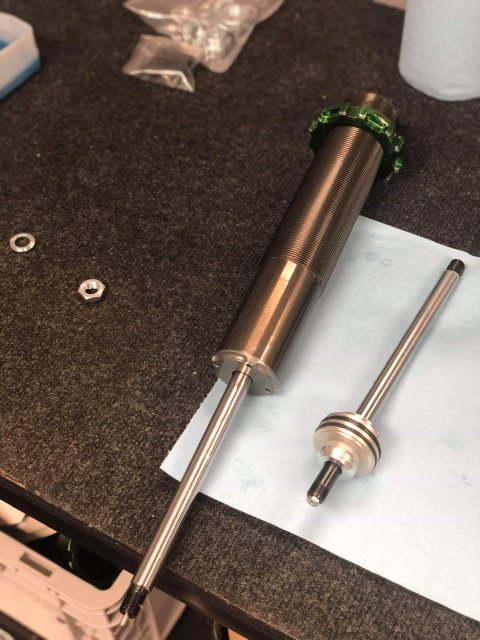 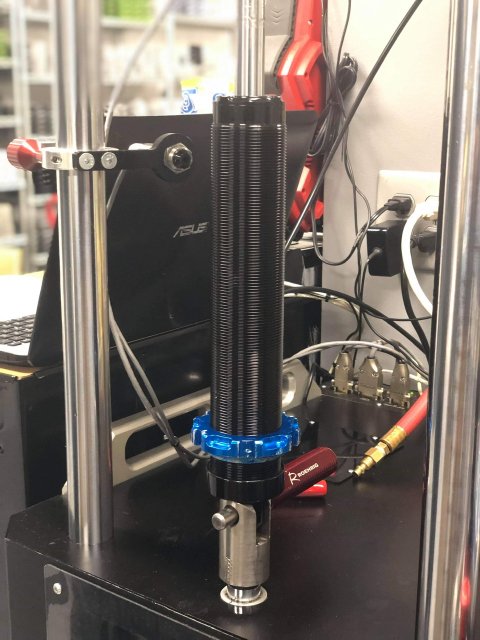 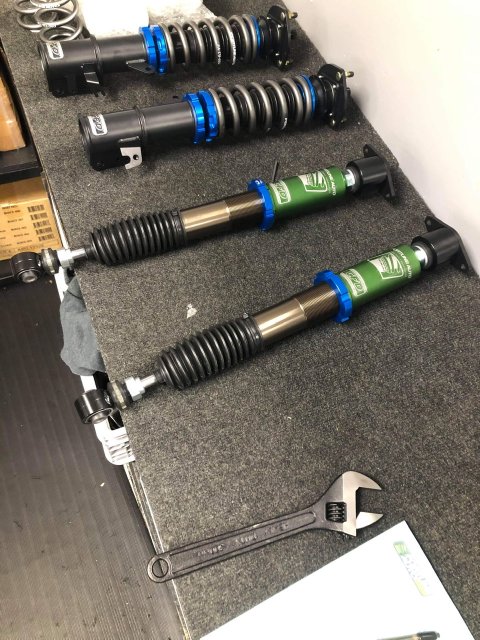 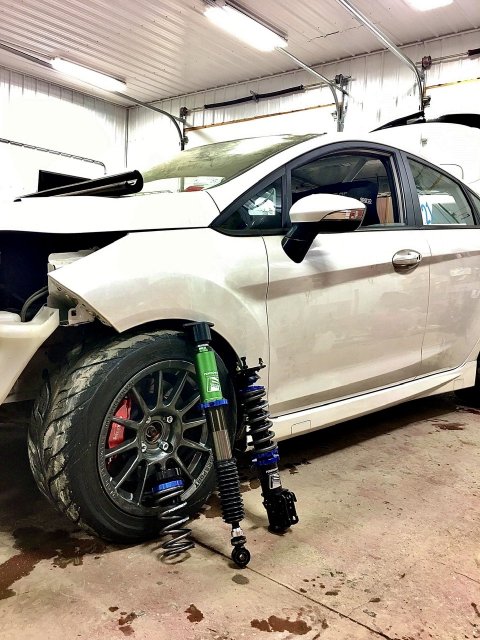 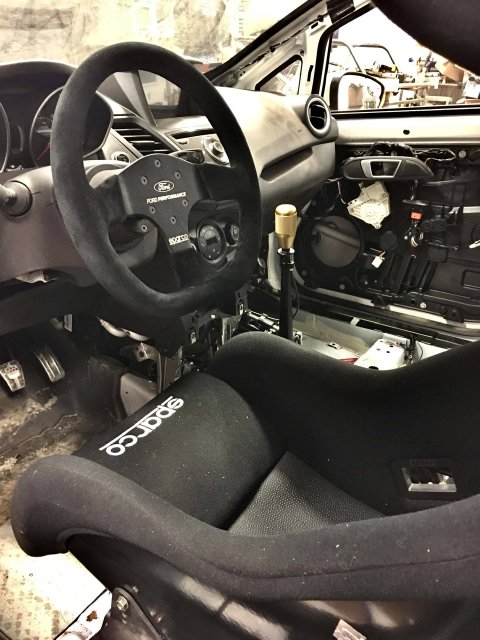 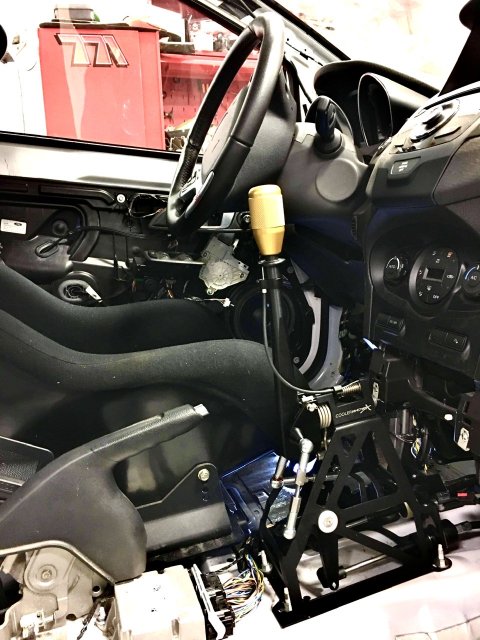 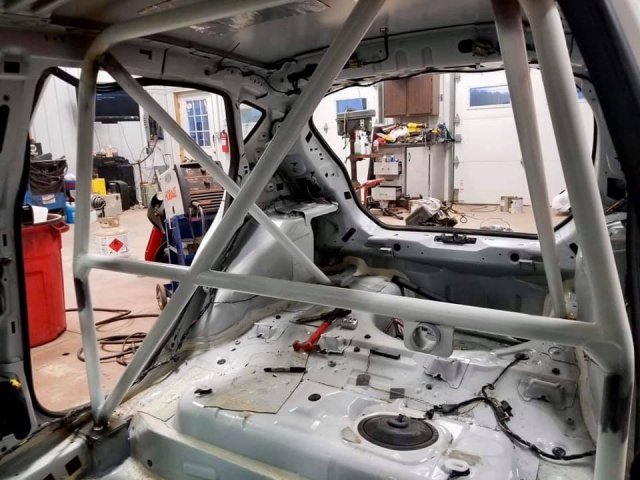 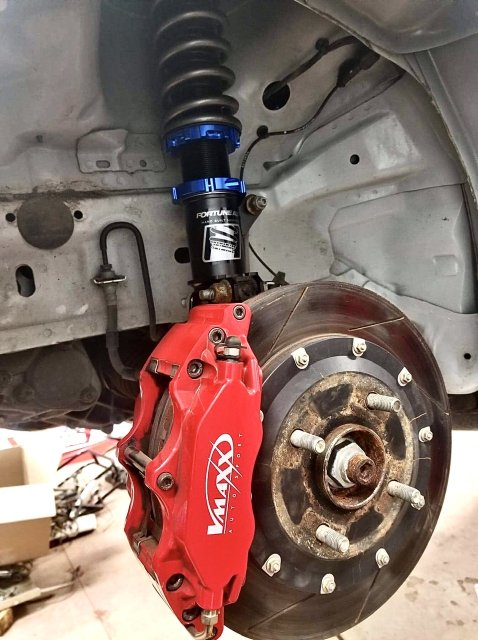 Sweet build. Always had interest in fortune auto coil overs for the fist.

Plainrt said:
Sweet build. Always had interest in fortune auto coil overs for the fist.
Click to expand...
Thanks man! The 500 series is a awesome coilover with a lot of options to begin with and are great for the street and run even better on the track. The new 510 series adds to that and is pretty much a full race coilover and will give a lot of the hardcore motorsports enthusiasts about the best bang for their buck!

Love seeing people track these things, keep it up! Have you weighed the car at all since the half cage? I’m leaning toward making the FiST my track rat vs my street car. I wanted to keep the car somewhat streetable while also making it into a Street Mod car for Time Attack/HPDE. Also, what seat rails are you running?

Erick_V said:
Love seeing people track these things, keep it up! Have you weighed the car at all since the half cage? I’m leaning toward making the FiST my track rat vs my street car. I wanted to keep the car somewhat streetable while also making it into a Street Mod car for Time Attack/HPDE. Also, what seat rails are you running?
Click to expand...
Hey man thank you! I’m currently bending door bars as well so I will have a little side protection as well. Before the beginning of the season I will have the car on the scales to counter balance so make sure you stay tuned in on the project yup I’m running the sparco seat mounts as well as the sparco base.

Glad to see you here. Welcome!

How many track mile's would you say you have on the FiST?

TDavis said:
How many track mile's would you say you have on the FiST?
Click to expand...
If I had to take a rough estimate I would guess about 2,000 give or take. I have roughly 20 days in this exact car on track and that would give a rough estimate. 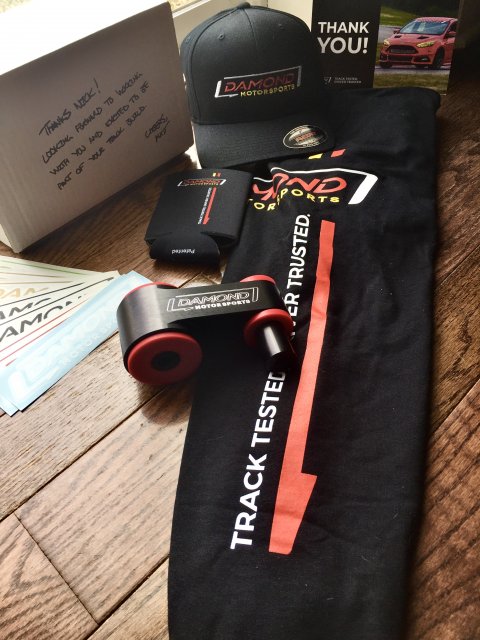 Wanted to give Damond Motorsports a huge shout out for what they are bringing to the Table for the Fiesta and Focus ST and working with me on development and testing of their new rear and passenger side motor mounts! They are coming over from the MazdaSpeed community where they have 9 out of the top 10 fastest mazdaspeed3 & 6 world record holders in the 1/4 running their mounts, and now they are coming to bring that knowledge and expertise to the Fiesta community as well! I’m more then excited to be working together with such a top notch company putting their products though there paces and prove why they are the best mounts on the market, though the rigorous beating & harshest conditions on track! Go check out the other awesome products they offer like there trans mount and catch cans + more and see for yourself why they are on my car!

Best catch can for our platform without question.