I know most everyone dumps on this turbo but I had it before the s280 was released and only just recently installed it in January of this year. Overall I'm pleased with it and figured some others might be interested in an actual dyno pull to see how it does.

These runs were done in 4th gear. Ambient temps were around mid 80's so charge temps most likely hit 100 on the pulls with some humidity being down here in Miami, FL
Tuned on 93oct peak boost hits 29psi at 4k tapering down to around 25psi by redline
Overall I knew it would change the driving dynamics since it spools later than stock of course but it's nice not to blow the tires off in 3rd gear. 2nd gear willl still blow the tires off of course. It pulls hard and keeps pulling all the way to redline. 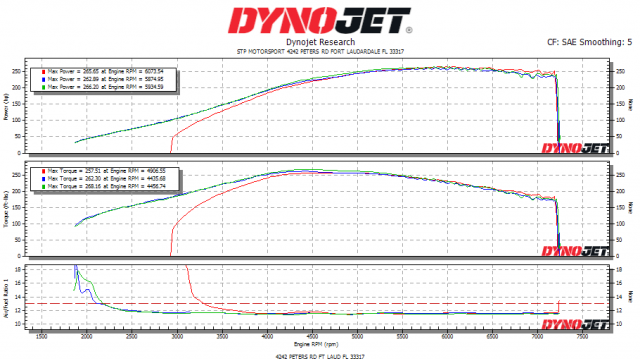